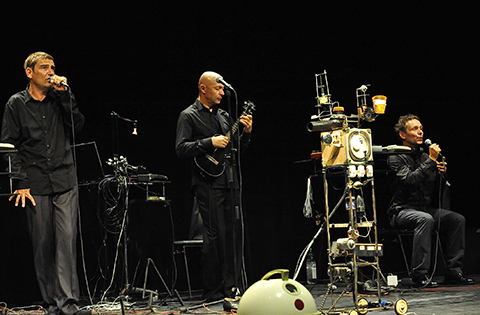 After the production of “Sound Machine” (which participated at the Varna festival in 2003), the “Drift” company will present a new kind of theatrical concert – intriguing with its music created by computer technology, by strange machines and everyday objects that somehow seem to come alive. And even though the title stresses that this is a “no concert”, the audience will enjoy curious music, humor and visual effects.