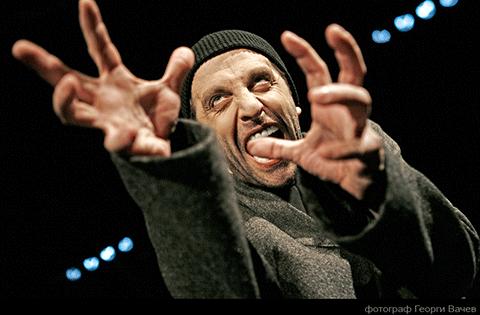 Marius Kurkinski is an indisputable phenomenon in Bulgarian theatre. In his one man show “Bulgarian Stories” he addresses once again memories from folklore tales and the life of our ancestors, because “memory breeds hope”. The masterly actor, playing with the obsession of a priest, impersonates several characters and events from the works of Bulgarian writer Angel Karalijchev and leads the audience through all the levels of dramatic experience and its purifying effect. The human energy and devotion, invested in this particular artistic act, transform the performance into an innermost confession which reaches the the heart and the soul.