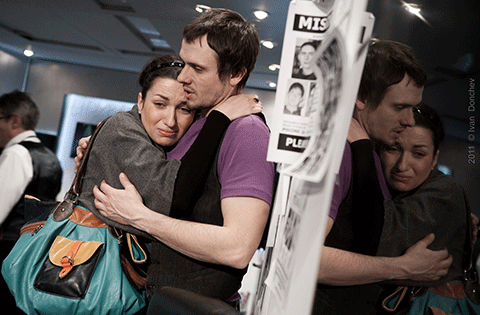 After the success with the performance “Nordost”, winner of many theatre awards, the young director Vasilena Radeva brings to the stage one of the latest plays by one of the most popular contemporary spanish playwrights – Jordi Galceran (“The Groenholm Method”, “Cancun”). An ordinary day at a police office is being thrown into tumult by a disturbing footage of a kidnapped child, streamed live on the internet, in which the anonymous mobster threatens to blow up the child before the eyes of the mother. A breathtaking theatrical thriller with a complicated plot and suspense, which provokes thoughts for the hidden horrors of everyday life. Ikar award 2011 for best performance Askeer 2010 award best actress in a leading role – Angelina Slavova and best newcomer – Vasilena Radeva.