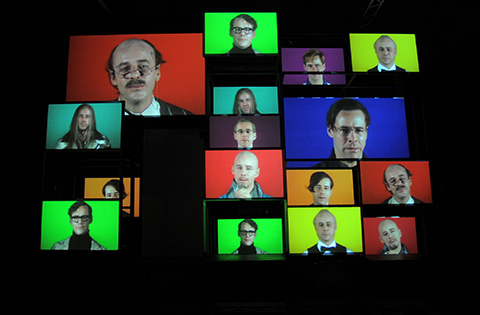 In German with Bulgarian surtitles

A demonic wish is fulfilled: time stands still, the present moment is preserved, youth and beauty suddenly eternal. But the force that leaves his exterior unblemished spreads a deadly venom in his inner being: caught in this dilemma, Dorian Gray, the “golden boy”, perishes in the fight against the splinters of his own self. The famous Victorian novel is set in the present in the captivating staging somewhere between theatre performance and video art installation by the young director Bastian Kraft. The actor Markus Meyer renders a virtuoso performance in numerous roles in that performance by one of the leading European stages, Vienna’s Burgtheater.

The guest performance is supported by Austrian Embassy in Sofia.