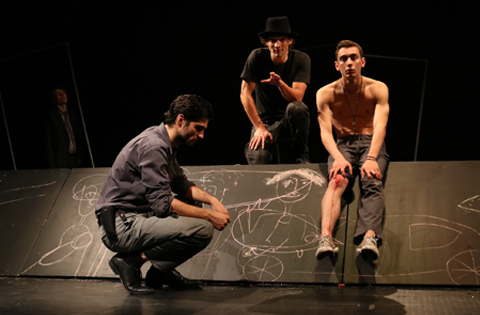 What is the world seen through the eyes of a child and where are the adults wrong, what world do they create for their children? Detective Montero takes on a difficult case stirring up the public opinion. The investigation unravels a paedophile network involving a rich man and children from poor neighbourhoods. Montero believes this is the first time he is dealing with something that justifies his entire existence and is determined to get to the whole truth. The characters are unexpectedly revealed as contemporary embodiments of the Pied Piper of Hamelin who abducted all children of Hamelin to punish the ungrateful town. With this play from 2005 contemporary author Juan Mayorga won the most prestigious playwriting awards in Spain. In 2016 he won the Europe Theatre Prize New Theatrical Realities. Alexandra Petrova’s debut performance and her cast are among the most promising new presences on the stage.