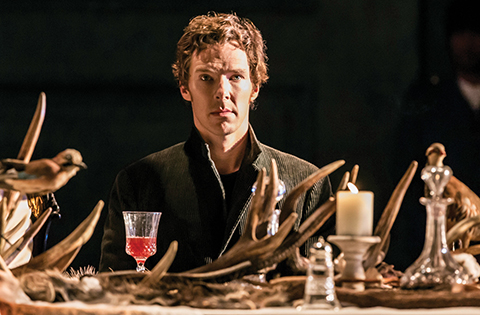 Academy Award nominee, film and theatre actor Benedict Cumberbatch (known for the performance “Frankenstein”, BBC’s TV series Sherlock, the film “The Imitation Game” and others) takes on the challenge to play one of the greatest and most popular roles of all times: Hamlet, the title role of Shakespeare’s tragedy.

Barbican Centre’s super production is directed by Lyndsey Turner whose professional career is connected to the National Theatre in London, the West End and Broadway. She enrolled the world-renown choreographer Sidi Larbi Cherkaoui to the production.

As a country arms itself for war, a family tears itself apart. Determined to avenge his father’s death but hesitant by the task ahead, Hamlet, Prince of Denmark revolts against the holdbacks thwarting his mission and is about to lose his sanity and to threaten the entire kingdom…

This satellite broadcast is part of the global programme National Theatre LIVE, which is carried out in Bulgaria by the British Council in partnership with Homo Ludens Foundation, VIA FEST Foundation and Sofia Municipality.