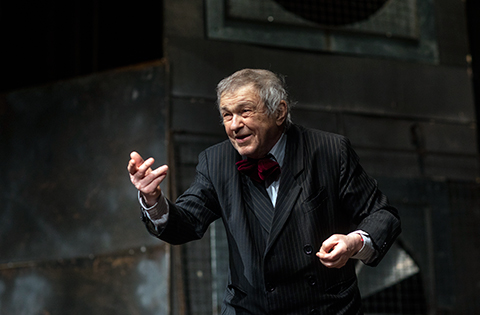 The play “I, Feuerbach” by the renowned German playwright Tankred Dorst is about an actor who, after a 7-year pause, makes a comeback on stage to go to a casting for a role he wants. He prepares for his last chance of being on stage again and does his best while telling, with passion and wit, about the charm of his profession, the world behind the curtain, and the magic of theatre.

One of the great Bulgarian actors, the Youth Theatre doyen Stefan Mavrodiev plays the actor named Feuerbach. The performance is dedicated to his 75th anniversary.

The performance is carried out with the support of DSK Bank.