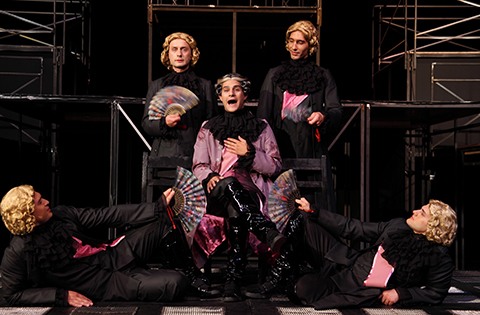 The young director Stayko Murdzhev who was distinguished for his very debut gathers a star cast for his performance based on Schiller’s Romantic classic with its proper costumes, wigs and conflicting passions. The arduous love of musician’s daughter Luisa and nobleman’s son Ferdinand is destroyed by vile intrigue. A performance about eternal question: how far can one go in their desire for power and hope for love?