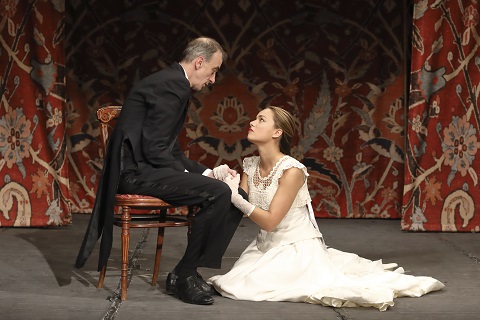 “Ivanov” is Chekhov’s first full-length drama in which one can recognize his characteristic topics and approaches to be further developed in his signature plays that make him one of the greatest playwrights of all time. In the play Ivanov gradually descends into debt and premature tiredness with the world. His opposite is Lebedev (Ivaylo Hristov) who has both his feet on the ground and whose young daughter Ivanov is to marry to start a new life after the death of his wife. But something has already broken… Director Stefan Mavrodiev, winner of Ikar award for exceptional creative contribution, has mastered the play into a genuine tragicomic performance with captivating acting. The special occasion for this performance’s festival visit is the 80th anniversary of actor Boris Lukanov.