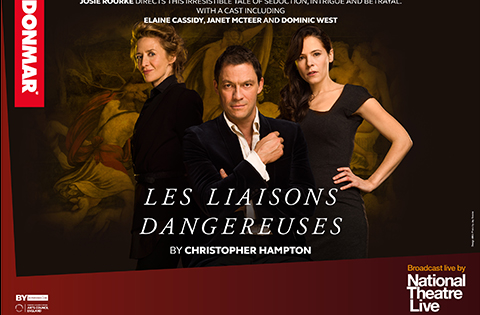 Former lovers, the Marquise de Merteuil and Vicomte de Valmont now compete in games of seduction and revenge. Merteuil incites Valmont to corrupt the innocent Cecile before her wedding night but Valmont has targeted another beauty. While these merciless aristocrats toy with others’ hearts and reputations, their own may prove more fragile than they supposed.

This satellite broadcast is part of the global programmeNational Theatre LIVE, which is carried out in Bulgaria by the British Council in partnership with Homo Ludens Foundation, VIA FEST Foundation and Sofia Municipality.