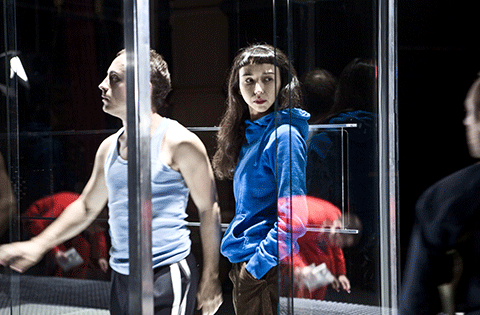 LIFE IS A DREAM

The classic play by the Spanish playwright Calderón de la Barca “Life is a Dream” is one of the most beautiful baroque fairy-tales in the European theatre. Behind the story of the Polish prince Segismundo, who has spent all his life in a distant tower, where he had been thrown by his own father due to his trust in a prophecy, that his own son will destroy his kingdom – emerge more complicated philosophical themes about the invisible border between reality and illusion. The contemporary interpretation of the play has been made by the director Galin Stoev, who has received international recognition with his theatric works in France and Belgium. He is one of the few Bulgarian creators whose performances have been selected in the official program Festival D’Avignon, and the only Bulgarian who has directed at the Comedie Francaise in Paris.