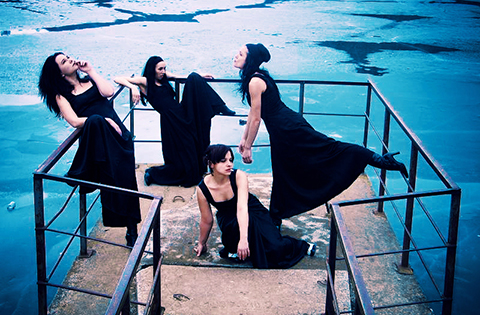 Radu Afrim is without doubt one of the most talented and talked about, but also one of the most controversial of the new generation of Romanian theater directors. His stage work is all the more interesting given that the director has been developing for a number of years now a theatrical language where the visual signs of twenty-first-century modernity are developed within an unusual relationship with the text of classic and contemporary drama. “Lucia Skates” by popular Lithuanian novelist and playwright Laura Sintija Černiauskaitė is an unusal story about a painful, sometimes even moral, quest for love, about the torment of hatred and a difficult way to forgiveness. A married couple Felix and Lucia have lived together for six years. This is their usual evening in the supermarket, where they dropped by to get some shopping after work. Here, Lucy tells Felix that she is leaving him…