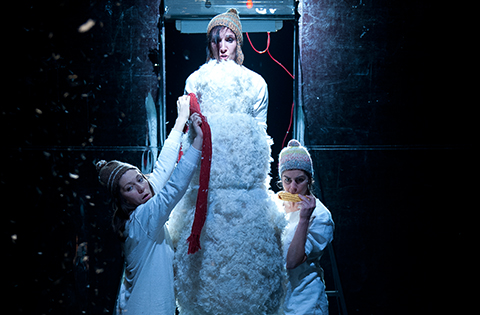 Author: by Ivan Dobchev together with Stefan Ivanov

Medea is a queen and magician from the Ancient Greek mythology who killed her children in revenge for her husband’s adultery. The performance Medea, My Mother skilfully combines documentary material and dream-like action interrupted by entertaining musical interludes to speak about a pressing social phenomenon through the prism of the myth. A man who has suffered a serious road accident is lying delirious on a hospital bed surrounded by spectres of people telling about the fates of women compelled to abandon their children, about men who have grown up in orphanages. A collage of stories between fiction and reality, stories about the shocking power of banality. Winner of the “Ikar” Award of the Union of Bulgarian Actors for best performance Nomination for the “Askeer” Award for best music.