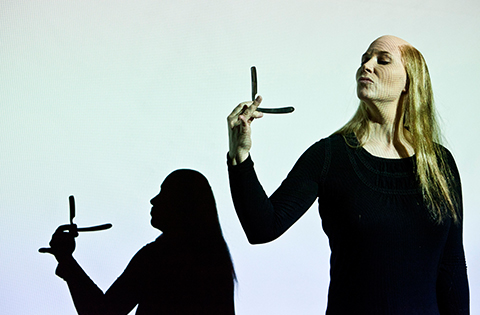 In Swedish with Bulgarian surtitles

Anna Pettersson is a multi-award winning leading Swedish theatre, cinema and TV actress. By the most recent performance that premiered at the theatre founded by August Strindberg himself she pays homage to the great author on the occasion of the 100th anniversary of his death by staging a contemporary adaptation of the ever-green Miss Julie. In an unexpected move, Pettersson plays all three characters while a cinematographer constantly films her on-stage and live broadcasts the footage mixed with pre-recorded and edited material. Thus a new insight is obtained in the inner motivations, urges and contradictions of the characters that are part of human nature. A first-grade acting performance and multimedia show.