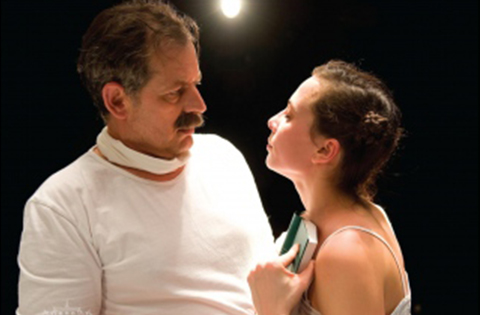 Kolya Lebedushkhin, a first-year conscript garrisoned in the far North, wakes up as a woman. This transformation is his only chance to leave the unit and engage in art, in theatre. His tough commander Bagaev does not know how to react and the company colonel Kinchin decides to put Kolya’s, i.e. Natasha’s talent to the test that leads to his own inner transfiguration. Javor Gardev turns the play’s phantasmagorical plot into a delicate and intriguing performance about the power of art and the ineradicable need of it. Pyotr Gladilin’s play has been awarded a prize by the Russian Federation’s Ministry of Culture. “Askeer” Award for best performance, best direction and best rising star – Vesela Babinova