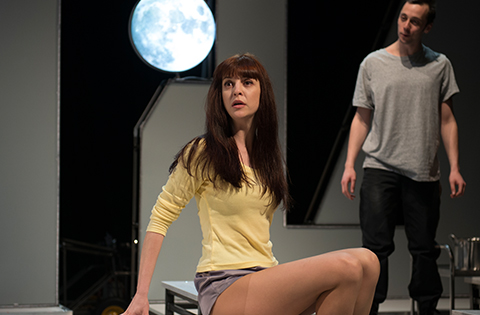 MR PUNTILA AND HIS MAN MATTI

“Mr Puntila and His Man Matti” is a proverb play, and Bertolt Brecht is one of the most influential figures in 20th-century world theatre who pays special attention to the ways in which theatre responds to social problems. The play tells the story of the wonderful land of Tavasland and its strange people. The land-owner Mr Puntila suffers from a strange form of personality split: when he is drunk he is generous and loving and when he is sober he is despotic and willing to sacrifice his daughter Eva into a marriage of convenience. His cunning servant Matti deftly gets him out of the difficult situations but also flirts with his wayward daughter. Director Margarita Mladenova creates an intriguing theatre grotesque in the form of a musical, combining satire, political cabaret and parody.