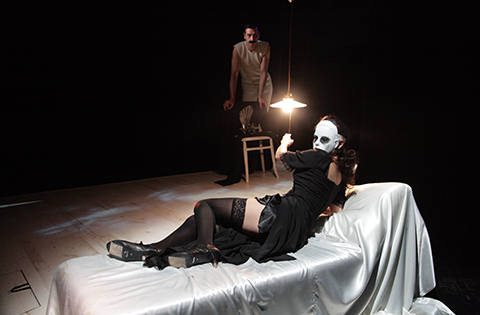 In the context of the serious national crisis of 1913, the poet Yavorov is living thorugh a deep personal and artistic crisis. His wife Lora is absorbed by her uncontrollable jealousy. The shadows of other women stand between them. An evening in which feelings sweep away common sense and inhibitions end with two shots being fired. The play “Nirvana” by Konstantin Iliev has been on Bulgaria’s and international stages for over three decades now. The director Ivan Dobchev focuses on its deeper conflicts and historical layers, the young actors give new intensity to its dramatic potential.