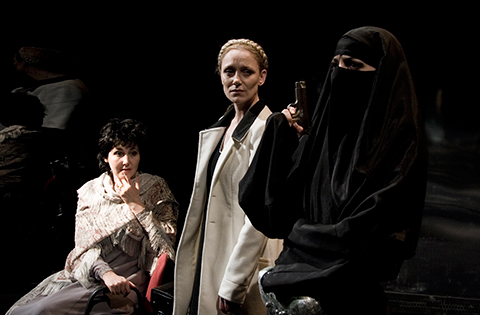 NORDOST (a tale of destruction)

The play “Nordost” by the contemporary German writer Torsten Buchsteiner presents the events of the Chechen terrorist attack at the “Theatre Durovka” in Moscow in October 2002. Three almost documentary points of view collide in the tragic story – that of three women, the Chechen Zura, the doctor Tamara, and the ordinary Olga. The young director Vasilena Radeva creates a polemic and powerful production which unravels the complex historical truths, to which authentic film material of the interventions of president Putin, the journalist Ana Politkovskaya and ordinary citizens is added. It is a documentary drama about hell – of the kind only humans can create.