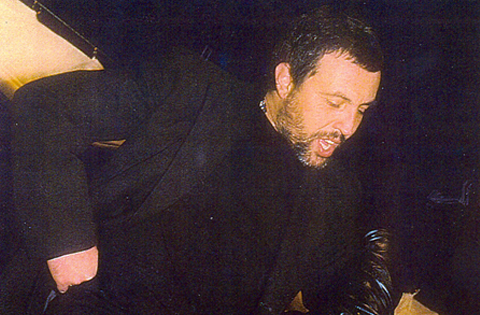 ON THE BEAUTIFUL BLUE DANUBE

Author: ON THE BEAUTIFUL BLUE DANUBE

Dushan Kovachevich is one of the most renowned Serbian playwright, gained international fame with his film and TV scripts, most famous of which is for Emir Kusturica’s “Underground”. His plays have been staged many times in Bulgaria for their notion of the unique for the Balkan region period of political and social transformations, mingling “Balkan” sense of humor and dramatism.
“On the beautiful blue Danube” is among his recent plays (it’s original title is “Dr. Shuster”). It portrays a conflict between generations, mentalities and values. Dr. Ross, a kind-hearted and humane man at his old age is confronted by violence – both physical and emotional. His world is turned upside down. People whose moral ignorance arouses laughter and bewilderment burst in his life. An incredibly dynamic performance that is like a comic and controversial chronicle of our time.

This is first staging of the play in Bulgaria. Bina Haralampieva is an established name in Bulgarian theatre. She has been manager of the Sofia Theatre Of the Channel for many years.

This play made me crazy straight from first reading… It speaks about the most important things in our life today – time, when everything changes, about the things, that frighten us.
Bina Haralampieva, director

A “black comedy” that builds up a picture of the 90’s and today, here, on our land, in a skilfully created frame of a dynamic and aesthetized scenic narrative of the urge for a change in thinking.
Bogdana Kosturkova, “Literaturen vestnik” Newspaper