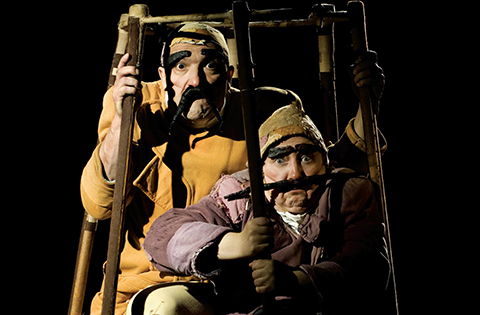 ‘Credo’ Theatre is an independent company founded in 1992 in Sofia by the actors Nina Dimitrova and Vasil Vasilev – Zuek. “Overcoat” is its first production that is now one of the most successful Bulgarian performances. It has been already 17 years on the stage with 500 performances in 9 languages, shown at more than 150 international festivals, listed in “Top 20” of Edinburgh Festival ’97, awarded with 13 international awards and with the Ikar Award of the Union of Bulgarian Actors for contribution to popularizing Bulgarian theatre all over the world. An unconventional performance that tells of an ordinary clerk who died at the loss of his overcoat and after his death started roaming the streets of Peterburg as a ghost. A story about the freedom of the human spirit.