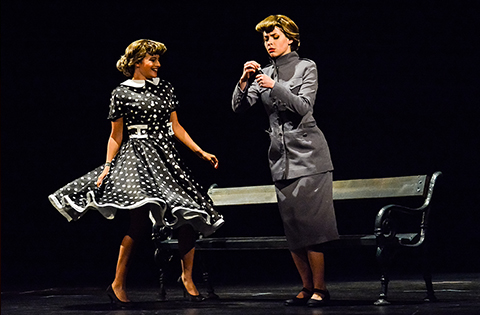 In the end of the World War II and in its immediate wake the partisan movement is at its height. The Palaveevi sisters are students from a well-to-do Sofia family. The twins are 17, blonde, slender and athletic. They despise their parents for being stuck in middle-class routine or at least the twins think so. In their quest for a meaningful cause and desire to be part of an organized community Kara and Yara pass through a string of “movements and teachings” popular at the time: theosophers, Dunovists, Tolstoists, Branniks, Communists. The main aim of the sisters is to become “new persons”. They get into a group of partisans and stir up a commotion in the hearts of people’s warriors. Then follow stories of battles, treachery, death and survival full of absurd and tragicomical situations. Their striving for change goes extinct in the shadow of the coming totalitarism.

Alek Popov is among the most popular and awarded satirists and humorists in contemporary Bulgarian literature. His novels have also aroused the interest of both the cinema (“Mission London”) and the theatre (”Palaveevi Sisters”); he has also authored the play “Blacksmiths”. If “Palaveevi Sisters” is the first partisan novel written after the end of communism, Elena Panayotova’s staging of it could be labeled  – the first theatrical partisan comix. Numerous characters, spaces and epochs take turns in the large-scale production in a combination of dynamic stage action and video. A performance that wants to speak about the past from different points of view in order “… to mock it into disgrace, to believe it, to defend it, to criticize it, to see who we are” (Elena Panayotova).

With surtitles in English.