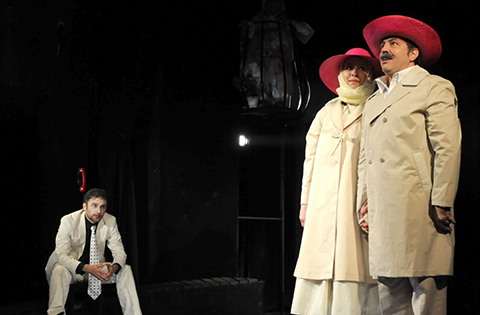 In the plays of Brazilian playwright Mauro Rasi the humdrum daily life takes particular epic dimensions. Trying to fight banality, his characters inhabit an imaginary world. The stories are authentic and at the same time all of them are strikingly unusual. Magical and enigmatic in Brazilian way, the play had huge success in Rio de Janeiro and attracted over 300 000 spectators. The production in Small City Theatre “Off The Channel” is the first European staging of the play.
With the kind support of the Honor Consul of Republic of Brazil in the City of Varna Mr. Miho Mihov