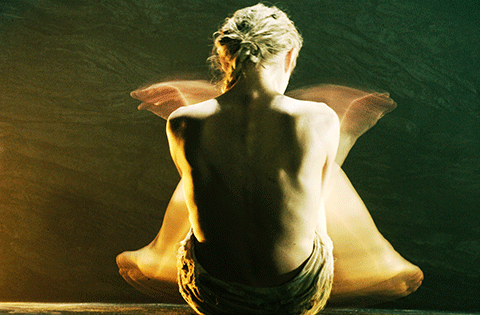 Kitt Johnson is known as a major solo performer, although her work covers a wider spectrum. After 12 years of practicing elite sports, and a bachelor’s degree in Sports, she started dancing as a 24 year old. She has worked extensively with site-specific projects throughout Europe and, in recent years, has created a series of ensemble works. Rankefod is an evolutionary solo performance in celebration of the origin of the species. The performance will concentrate specifically on the body’s evolutionary memory, beyond its physical reality. DORA nomination 2009 of the Canadian performing arts for Best dance performance.