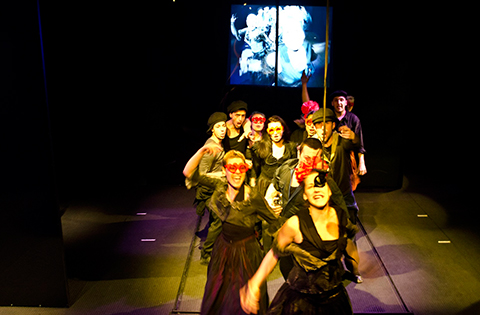 Alek Popov is one of the most widely read and translated contemporary Bulgarian authors. Labeled “the funniest book” in new Bulgarian literature, Mission: London was also successful in its film adaptation. The play “Smiths” is a political satire that provoked the director Vazkresia Viharova to stage it as a mixture of radio drama, grotesque, cinema and variety show. The main characters are common German citizens of Osnabrück, the statistically-proven happiest town, and a group of guest-workers from the Balkans attending to the sustainable happiness of their hosts under the European Social Project “Assistant in Marriage.” Conflicts and national clichés come to the surface and it is as if it is not that easy to manage them. Nomination for the “Ikar” Award of the Union of Bulgarian Actors for best actress in a leading role – Asya Ivanova