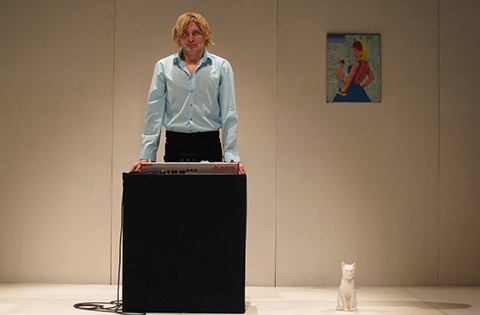 Most often Ivo Dimchev is described as “an eccentric, but the prestigious‚ balletanz” magazine places him among the most promissing artists on today’s dance stage. In “Some Faves” he is once again exeptional. The production consists of a series of scenes based on a large list of themes (ideas, people and objects) with which he feels connected. Autobiography and fiction intertwine; singing turns into choreography, the performer – into a work of art. The premiere of “Some Faves” took place at the “Tanz in August” 2009 festival in Berlin and was presented at the art–competition “M–Tel’s Awards for Bulgarian Art 2009”.