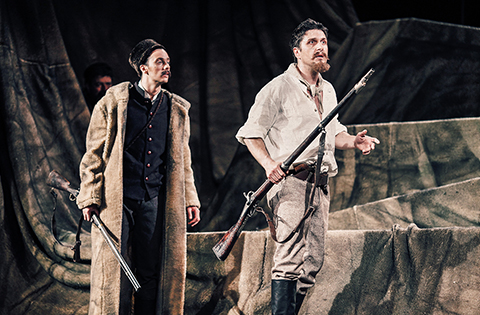 The novel “Summit” has been labeled “Bulgarian novel for the past 25 years,” “a pocket encyclopedia of Bulgarian Revival”, and so on. The pseudo archaic language devised by the author himself carries us back to the times of 19th-century Bulgarian Revival. Two rebels, friends of Dimitar Obshti, i.e. part revolutionaries, part bandits, take part in Arabakonak Robbery, thus unfolding a number of vicissitudes in the name of the great exploit of “revolution.” Director Ivan Dobchev looks again into the image of Bulgarian rebel-revolutionary beyond its glorification.