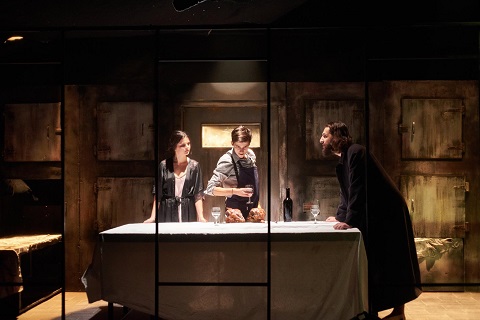 During their studies at the National Academy of Theatre & Film Arts the young actors from the class of Prof. Ivan Dobchev have worked on various scenes from the play “Black Hole” and now they are presenting it as a finished performance. “Black Hole” was written in 1987 by Goran Stefanovsky, one of the most prominent Macedonian playwright, years before disintegration of Yugoslavia. The relations in the play are strung up to the highest pitch, the heroes are wandering on their way. Like the Mother with the Cheating Husband, The Successful Economist who feels more lonely and abandoned the more his career flourishes… The Street Gangster, The Student who has isolated herself from the surrounding world. A strong combination between an intelligent drama and dense naturalism.