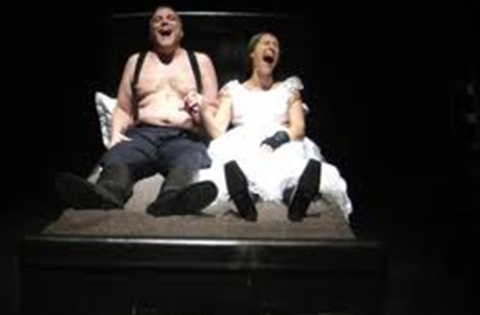 THE DANCE OF DEATH

Edgar and Alice live in a dark tower on an isolated island. There they set up their own hell in which their love turns into hatred. Their friend Kurt gets involved in their imaginary play between life and death. In Margarita Mladenova’s performance it is as if Edgar, Alice and Kurt were the last people alive on the earth living amidst some kind of internal death of their own. A performance producing the effect of a horror theatre: so unromantic that makes one’s blood run cold but displaying incredible black humour and brilliant actors. The performance has won exceptional national and international recognition and this is the fifth consecutive year that it has attracted spectators’ interest.