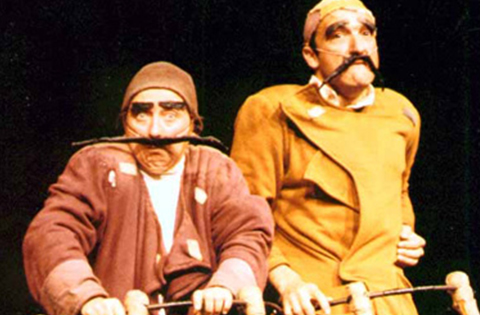 Festival audience has yet another chance to see this extraordinary performance that has been playing for 20 years. A story about the life of an ordinary clerk who dies because of his stolen overcoat and then wanders the streets of Saint Petersburg at night as a ghost to strip people off their overcoats. A story about the freedom of human spirit. Credo Theatre’s The Overcoat won a special Ikar award for its contribution to the promotion of Bulgarian theatre around the world because of the more than 150 performances in 9 languages; in 1997, it was listed in the prestigious Edinburgh Festival’s Top 20; it has also been honoured by 13 international awards.