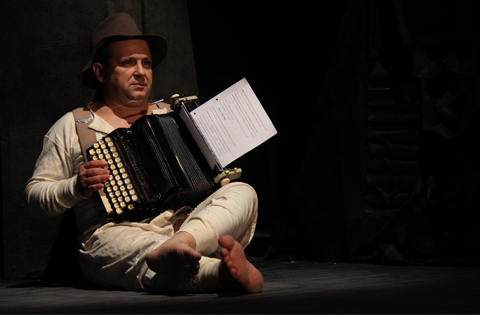 A performance by Stephan Moskov
After the translation of Maya Pramatarova
Stage and costume design: Svila Velichkova
Music: Antony Donchev

The play’s subtitle is “Dress rehearsal of citizen Jules Verne’s play at Gennadii Panfilovich’s theatre with music, volcano eruption and English sailors in four acts, with a prologue and an epilogue”. The macrocosm of life is revealed in the microcosm of this rehearsal and Tedi Moskov’s fantasy and inimitable theatre is unleashed on the stage.

This project is carried out with the financial support of the Culture Fund of Varna Municipality.