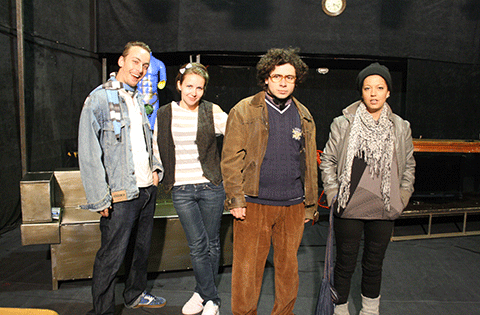 THE SHAPE OF THINGS

The performance is a professional debut of the young director Martin Kiselov. The play, originally written by the American playwright Neil Labute, is presented for the first time in Bulgaria. It is an exciting story about love, trust and betrayal. A student in Sculpture, starts a relationship with her colleague and just for a couple of months manages to turn him from a shy, frightened boy into an attractive and self-confident young man. The new possibilities bring along moral dilemmas which take their relationship to the edge. Just when the things reach their boiling point, the sculptor reveals her big secret.