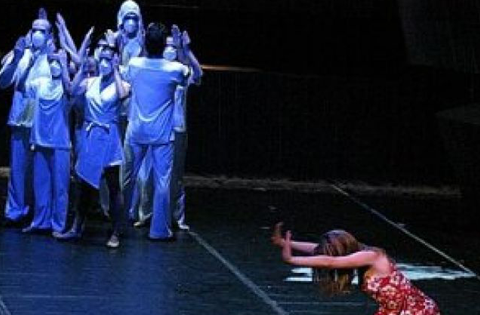 The performance follows the narrative line of the cult album of “Pink Floyd” and the film by Alan Parker. The vivid flow of images in the lyrics and the diverse music are integrated by the choreography in an expressive portrayal of the character Pink. Bored by the society, he isolates himself completely behind his “inner wall”. The performance is the second co-production of State Philharmonic Society & Opera – Varna with the German choreographer Tarek Assam after his “Tango 18” in 2001. Since 2002 he has been director of the Dance Ensemble in Gieβen, where he elaborates on the festival “Dance from East and West” and organizes projects for international collaboration.