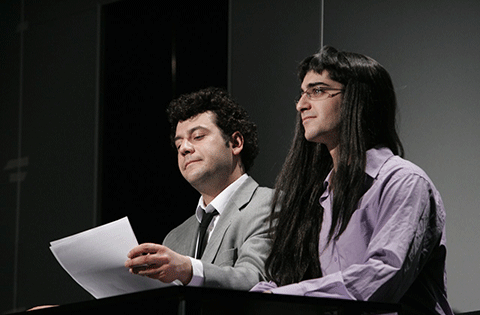 A contemporary text about the hidden mechanisms of manipulation in “controlled society”. A woman decides that her whole life is nothing but a TV series that has been shot for a long time without her knowing. She begins to doubt the reality of everything she has considered as true. Young director Mladen Aleksiev’s performance uses the possibilities of contemporary multimedia and transforms the stage into a peculiar film studio with a screen, where the action is being broadcasted by several cameras. A densely visual, bold and adequate theatrical rendition of the unusual text by the young French dramatist. “Under control” is a reflective and very topical performance which has the right to be confident that is very up-to-date with everything that happens around the European stages.