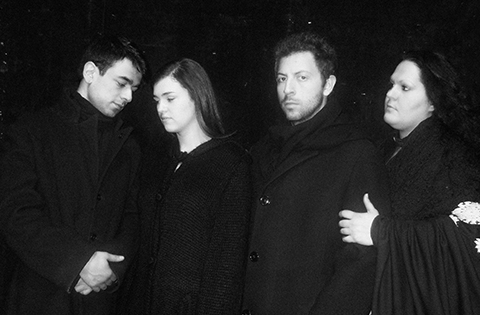 The performance is a professional debut of Vasilena Popilieva, director, Daniela Nikolcheva, set designer and the young graduates in Acting at the “Krastyo Sarafov” National Academy of Theatre and Film Art. In it the young team reads Strashimorov’s classical play about the fatal love triangle of Vela, Zhelyo and Dinko in the shadow of the powerful figure of Malama the Innkeeper as a “story about love, unfulfilled desires, thirst for revenge and how difficult it is to forgive.”