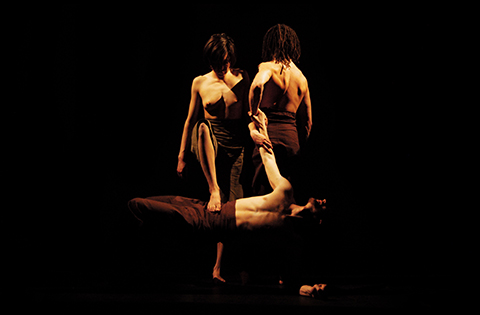 Void is an expressive and dynamic performance that explores the impossible intimacy, the obsession for possessing, the existence with the other in an empty space. The creators of the performance belong to the youngest generation in the Bulgarian contemporary dance. The debut performance of Violeta Viatanova and Stanislav Genadiev as choreographers “Imago” brought them the “Ikar” 2007 award of the Union of Bulgarian Actors and a special invitation to ITF “Varna Summer”. Both of them have also many international participations, including in performances of the Swiss Dance Co. “Linga”