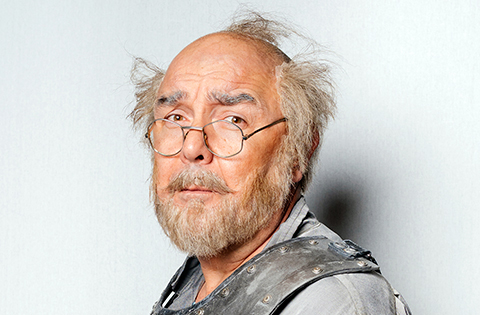 WHY DO YOU NEED DON QUIXOTE FOR?

Based on the novel “Don Quixote” by Cervantes

Don Quixote is at the zenith of his glory as “the greatest, the most valiant, invincible and famous Knight of the Rueful Countenance.” Followed by the little tired and faithful, in his own way, Sancho the hero of La Mancha gets into the lands of Marcela. His acquaintance with the tempting duchess is the beginning of the most dangerous of all adventures Don Quixote has encountered…

“What Do You Need Don Quixote For?” is a present-day rendition of Miguel de Cervantes’s timeless novel. The performance does not retell the adventures of the brave knight of La Mancha and his loyal squire Sancho Panza but presents a rather romantic and poetic version of the emblematic characters recreated on stage by one of the most popular comedians.