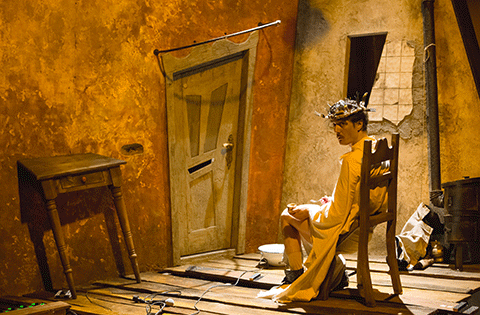 Viktor Bodó belongs to the new wave of Hungarian theatre directors. He graduated in Acting and Directing and after that performed for 3 years with Arpad Schilling’s company “Krétakör”. His directorial breakthrough came with the adaptation of F. Kafka’s “The Trial” at Budapest’s “Katóna Jozsef” Theatre entitled “Rattledanddisappeared” (2005), which brought him several national and international awards. Since 2005 Bodó has been working often for the Schauspielhaus Graz and has become one of the distinguished figures of the European scene. His production “Alice” (2009) after the famous work by Lewis Carrol was awarded the “Nestroy” Prize. In 2008 Bodó founded his own company “Sputnik Shipping” in Budapest. Its co-production with Schauspielhaus Graz “The Hour In Which We Knew Nothing Of Each Other” (2009) by Peter Handke was selected for the Berliner Theatertreffen in 2010 and was awarded the “Golden Mask” Award for best international production at the festival in Moscow.